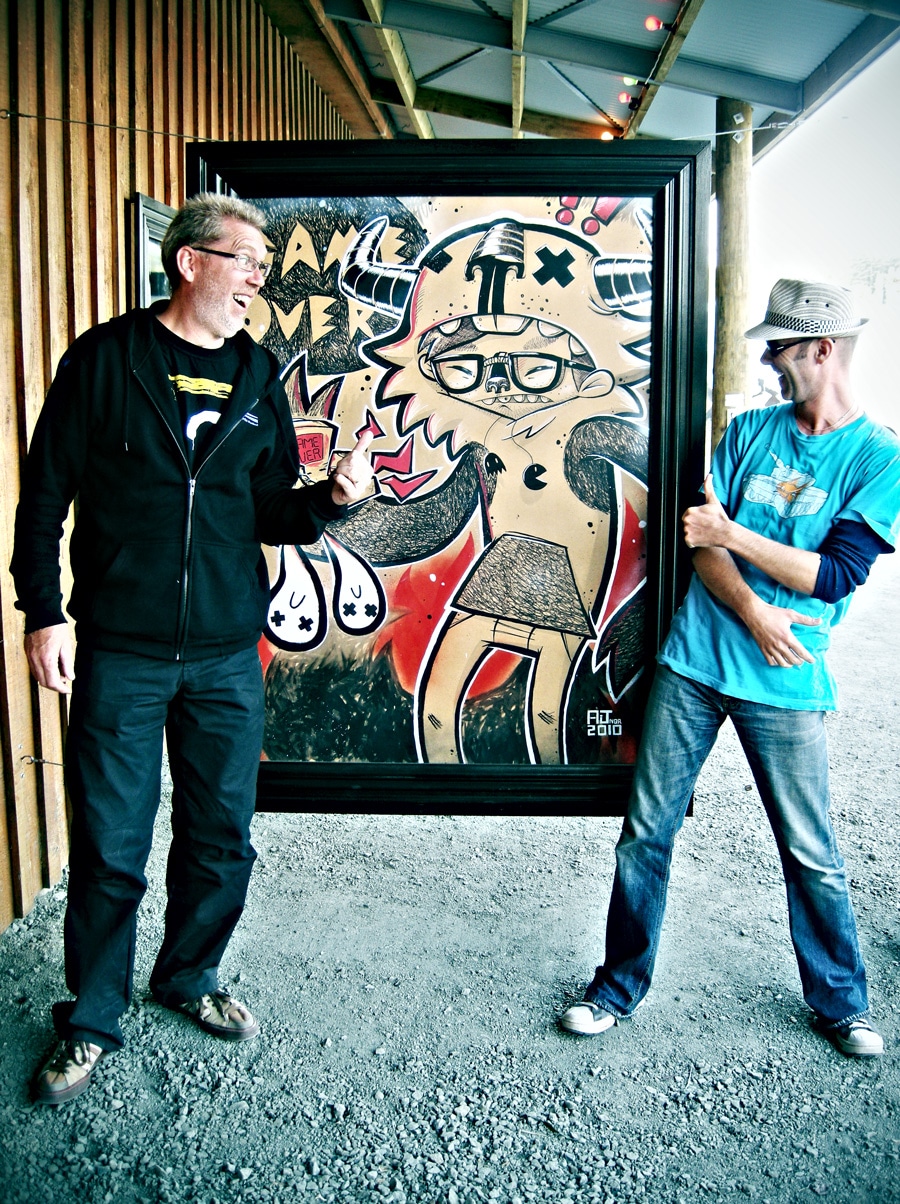 Oi You! was an interactive arts event where artists from local colleges and the wider community are invited to design their own urban art panel. The best of which are created live and exhibited in a playfully distorted streetscape at Founders Park in Nelson. This also included imagery of classic urban art, video footage of urban art in action, and a Scrawl Wall for visitors to have a go themselves.

Urban art’s popularity has exploded over the past few years; 2008 saw six fifteen metre high works placed on the riverside facade of London’s Tate Modern. 2009 saw over 300,000 visitors queue for a minimum of two and a half hours to see Banksy’s landmark show at the Bristol Museum.

Here in Nelson, urban art features heavily in our college art and design rooms but before now, has not had a public platform.

Oi You! concluded with an auction of the works exhibited on site at Founders Heritage Park on Saturday 23 October.  The Cut Collective nominated their first and second in each category and these were announced by Te Radar directly after the auction: